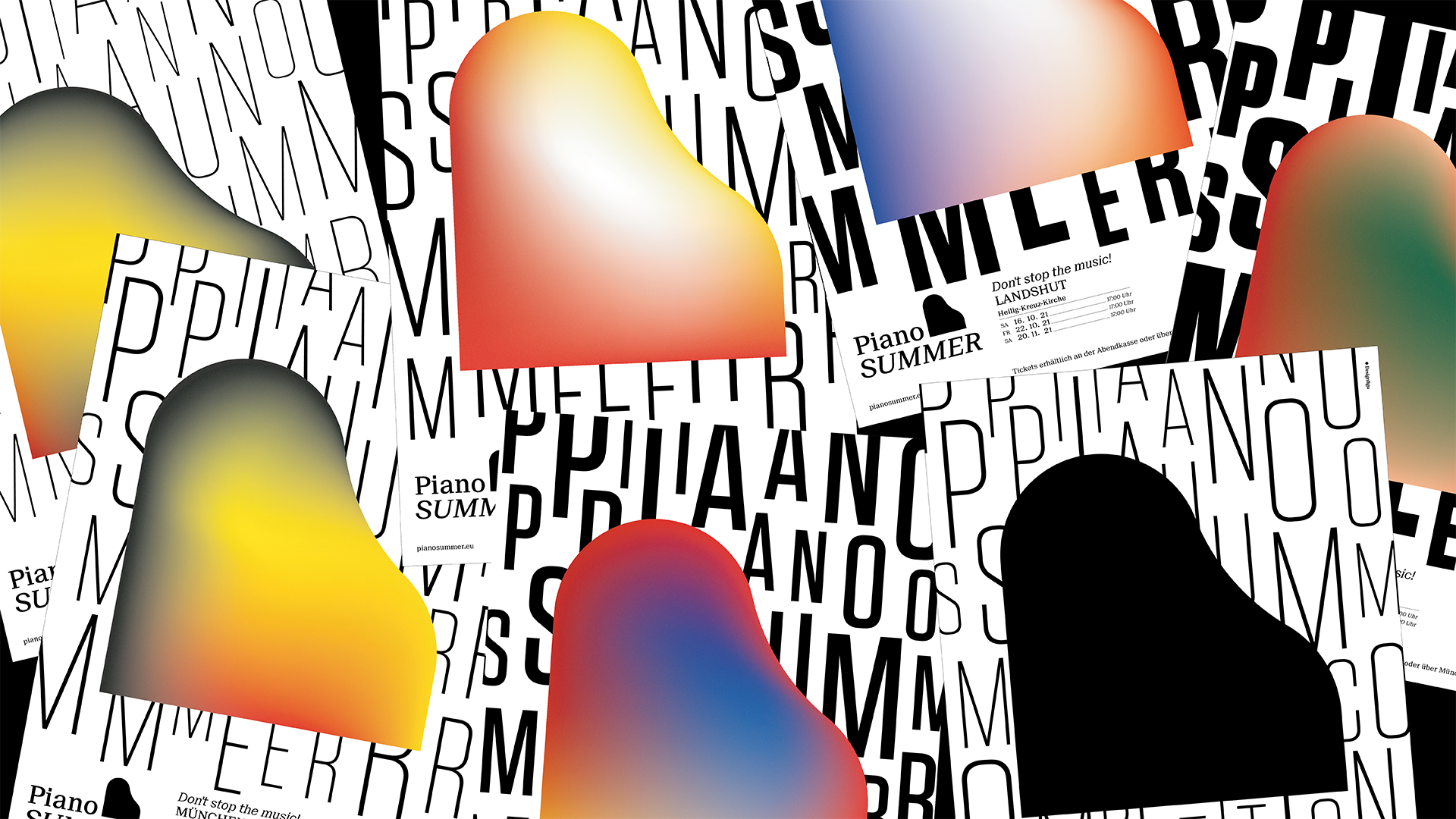 Piano Summer is the cultural festival par excellence in southern Europe – a project, that since its inception in 2014, has attracted more than 18,000 visitors. What was once a local festival in Serbia, is now successively becoming a mainly European cultural network, which so far has won over countries like Germany, Serbia, Italy and South Africa as hosts.

This unusual cultural project, far away from the safely traveled highways of Europe, brings first-class experiences to the audience, while refreshing news from the art scene at close range and delivering classical music in different perspective.

Designliga make use of Suisse Neue from Swiss Typefaces as our primary font because we believe that the mixture of both serif and sans-serif letterforms in this single typeface resonates with Piano Summer’s aim to deliver classical music in contemporary atmosphere. In order to keep the design fresh yet neutral, we introduce new condensed font to each festival edition based on graphic design element of that particular year.

In 2021 edition, we make use of several typography weights and color gradients taken from coat of arms of chosen Bavarian cities as our main concept idea. The typographic element of the first event taken place in Munich was portrayed by the light version of the condensed font, which making its way through the last event happened in Landshut illustrated by the bold version of the same font.

In 2022 edition, the idea of using bold colors was introduced to the design. This is not only to differentiate printed materials of each country, but also to create a structure of Piano Summer website navigation. (check out www.pianosummer.eu) The chosen collages are elements we took to convey underlining message of that county.

We use cookies to personalize content and ads, to provide social media features and to analyze traffic to our website. We also share information about your use of our website with our social media, advertising and analytics partners. Our partners may combine this information with other data that you have provided to them or that they have collected as part of your use of the Services.